Ripple was founded in 2012 in order to fill a need in the international business market for a fast and efficient way to transfer funds from one country to another. XRP is the cryptocurrency tailored to work on the Ripple network. The goal of Ripple is to establish a blockchain that will be used to verify financial transactions. Ripple was designed from the very beginning to essentially be a replacement for SWIFT CODE, a leading money transfer network used by major banks across the globe. So far Ripple has received significant interest from major banks around the world.

Considering the size of the worldwide remittances market, the possibilities for adoption of the Ripple technology would be astronomical. The World Bank estimated that in 2018 that $529 billion worth of remittances were made to low- and middle-income countries. Add to that the amounts transferred between banks – $1.4 trillion in 2018 according to the Bank for International Settlement. Thus, Ripple wants to act as a global settlement network and hence works closely together with banks, payment providers and other financial institutions. The goal of Ripple is to serve as a flexible middleman currency in order to facilitate the exchange of any unit of value. 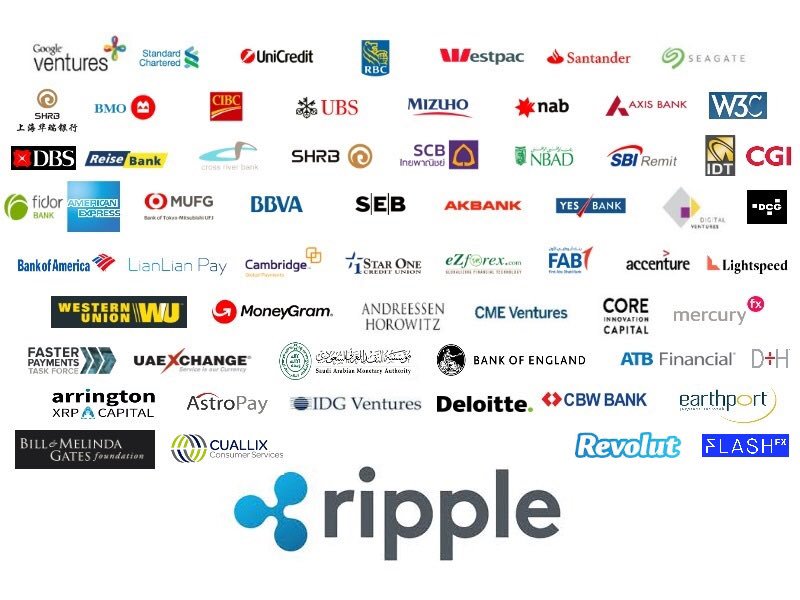 A host of well-known financial institutions have started exploring Ripple, including Santander, UBS and Union Credit. Santander, for instance, has built what it calls a “payment corridor” between the US and Latin America using Ripple’s xCurrent software, allowing for fast and free money transfers.

Despite its ambitions, Ripple is currently tied up in legal troubles with the Securities and
Exchange Commission (SEC), accusing Ripple of selling XRP tokens in violation of
securities law. although that’s hardly prevented XRP from surging in value with other cryptos. But the recent news coming out of the SEC lawsuit has been very positive for Ripple, thanks to several legal victories. The ongoing saga concerning Ripple and the SEC revolves around one central question: is Ripple a security or a currency? If it’s a security, then the SEC has jurisdiction over Ripple. If XRP is a currency, then the SEC does not. The judge presiding over the ongoing case stated in the courtroom that Ripple is seemingly a currency.

Regardless of the SEC outcome, Ripple’s fundamentals have improved tremendously outside of the USA, as many international financial institutions have signed up on Ripple’s network. And if Ripple garners 25% of the approximate $2 trillion world’s remittance market XRP token price can go through the roof, our Elliott Wave Count is already pointing to that direction.