Elliott Wave Pattern on GOLD is already foretelling that BITCOIN will replace GOLD as the modern day safe haven, The current pattern suggests GOLD may visit $600 an ounce in a few years as the Cycle Wave C blue unfolds (see below). 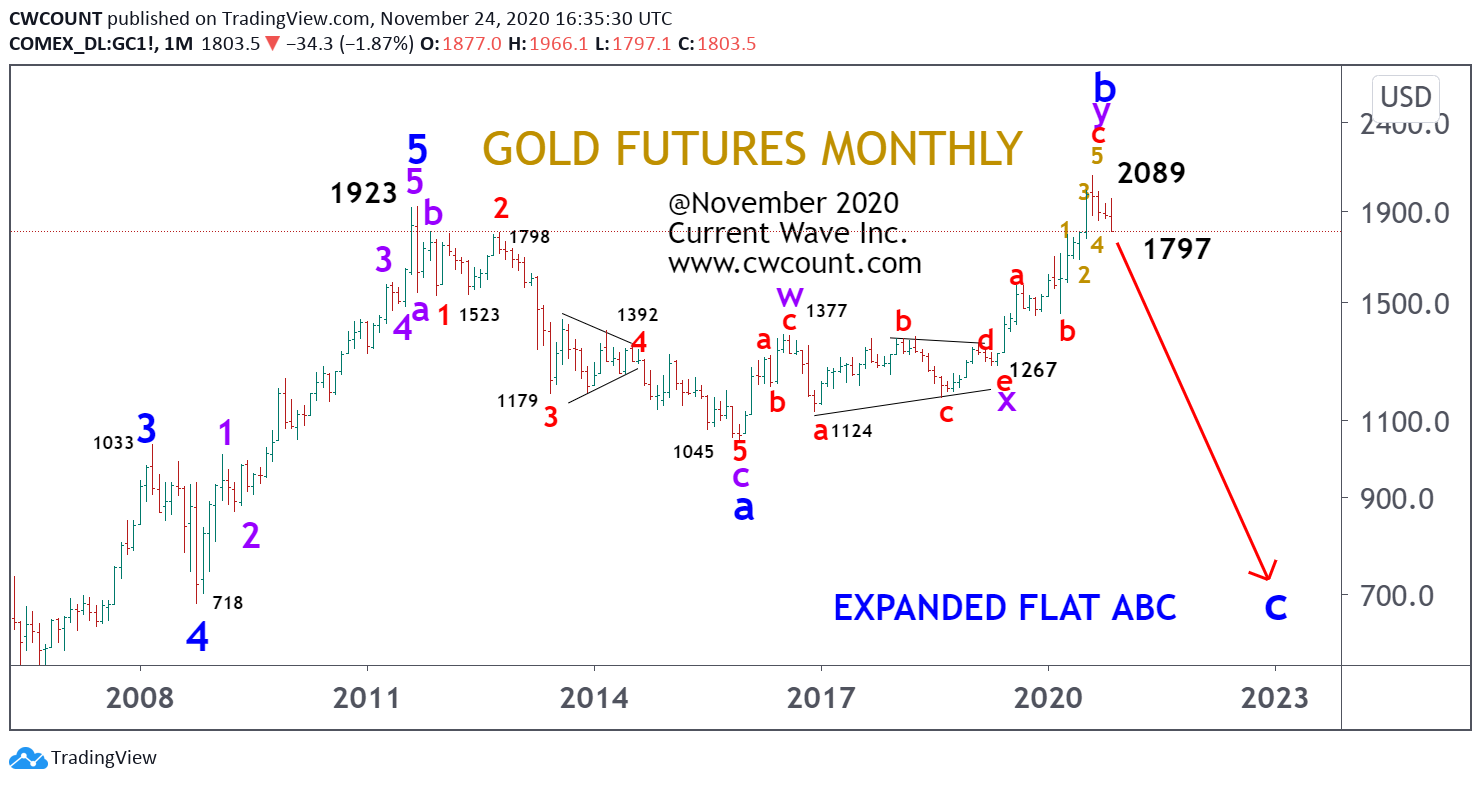 Currently, the virtual currency is quoted around $18,103 as we write this column and has been competing with the yellow metal to hedge against fiat currency and inflation. In our view, we think Bitcoin will replace gold as the ultimate financial safe haven within a generation. There are growing uncertainties, including Covid 19, the Federal Reserve’s historic money printing policies, the potential dollar debasement and the unexpected rise in inflation. These issues are prompting investors to drastically rebalance their portfolios.

For many decades, gold has been the ultimate financial safe haven and has always been the best asset to have in times of political, social and economic uncertainty as it is expected to retain its value or even grow in value when other assets fall, therefore enabling investors to reduce their exposure to losses.

Moving ahead, we think the older generation will still resort to gold in times of trouble but millennials and Generation Z, the much younger generation are gravitating towards bitcoin and other digital currencies as they envision a future with virtually no fiat currency (paper money).

We believe that gold will lose its crown as the most sought-after reserve asset to Bitcoin within a generation – particularly because the largest ever generational transfer of wealth estimated to be more than $60 trillion – from baby boomers to millennials is already underway.

Bitcoin is slowly but steadily consolidating its position as an alternative safe haven asset for investors who would like to diversify their assets away from equities. Plus, Bitcoin’s advantages like no shipment and storage costs make it immensely attractive for investors, not to mention the fact that Bitcoin has some of the features like gold such as scarcity and decentralisation.

In our opinion, both of these asset classes have room to co-exist. Bitcoin is slowly eating into the market cap of gold and other safe-haven assets as we see more and more institutional money pouring into the leading cryptocurrency. Many Institutional investors are becoming more comfortable with bitcoin due to greater insurance provision, custody solutions and regulated brokers/exchanges trading it. The recent announcement from Paypal and Stripe to invest heavily in Bitcoin should be a stepping stone to other major institutions to follow suit in the near future.